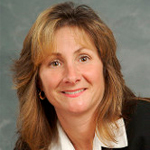 This week’s spotlight was sent in by Thomas Marcello:

This letter is to recognize the Ponaganset Football Team’s volunteer work on August 11th in the DCYF/OCA Fourth Annual Duffelbag Bash to benefit children living in state care and home placements. Head Coach Jim Cook volunteered his time along with his coaching staff, athletes, and parents to assist in the event. The Ponaganset Football Team devoted the entire day to the event and were instrumental to the success of the event. The Team arrived at 9:30 am and immediately began setting up tents, tables, chairs, coolers and assisted in vendor setup. The athletes then began greeting every guest upon arrival. Not only did the team set up for the event, but they also cleaned up afterward. Coach Cook and all the Ponaganset Football athletes were beyond exceptional and exceeded all expectations. Most importantly all of the young-men were kind, compassionate, and respectful.