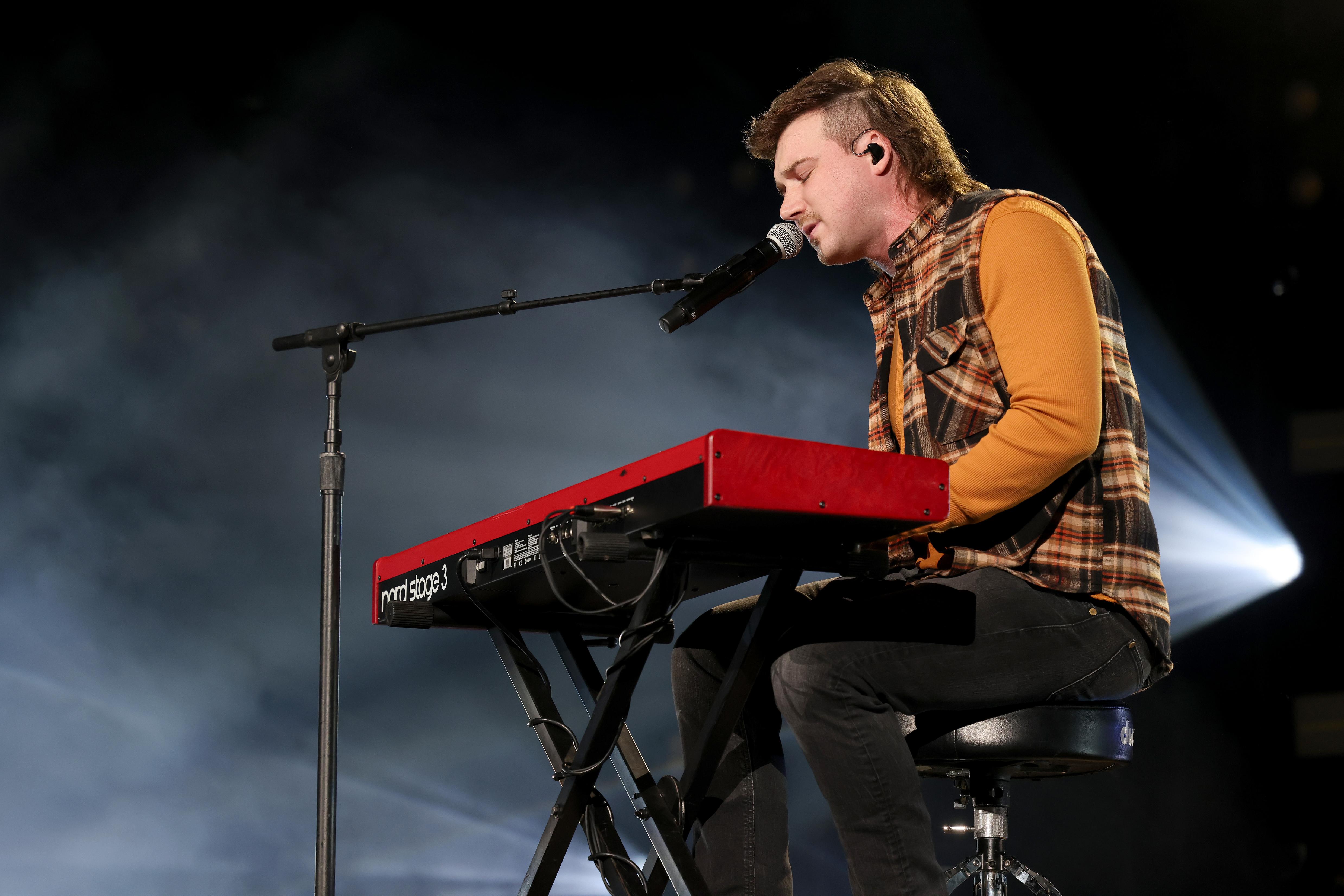 Morgan Wallen is a finalist in five categories at this year’s Billboard Music Awards, but don’t expect to see him at the show.

According to Billboard, the country star is not welcome due to a racial slur controversy he was involved in back in February.

“With our content reaching millions of viewers, dcp and MRC have the privilege and responsibility to effect change by creating a more inclusive dialogue in our productions and across the industry,” a statement from dick clark productions, which produces the Billboard Music Awards, reads. “Morgan Wallen is a finalist this year based on charting. As his recent conduct does not align with our core values, we will not be including him on the show in any capacity (performing, presenting, accepting).”

Wallen, who last October was rescheduled from appearing on “Saturday Night Live” after breaking Covid-19 protocols, was seen in February with a group outside his Nashville home using racial slurs and profanities on a video first posted by TMZ.

He apologized at the time, saying in a statement, “I’m embarrassed and sorry. I used an unacceptable and inappropriate racial slur that I wish I could take back. There are no excuses to use this type of language, ever. I want to sincerely apologize for using the word. I promise to do better.”

But the backlash was swift with his record label, Big Loud, announcing they had suspended his contract indefinitely and companies including iHeartMedia pulling his music from radio stations.

That didn’t stop fans from supporting him and his record sales skyrocketed after the controversy.

Earlier this month Wallen posted a four-page, handwritten note to his verified Instagram account saying he’s used the time out of the limelight to work on himself and announced he will not be playing any concerts or festivals this summer.

“I’ve found this time away to be very valuable to me in many ways, but I feel like I need a little more of it, and therefore will not be performing tour dates this summer,” he wrote. “It means I won’t be playing festivals or the Luke Bryan tour dates. But it’s important to me personally, if you can, still go to these shows — support country music. Country music is back and that’s a beautiful damn thing.”

This year’s Billboard Music Awards will air live May 23 on NBC.

The MTV Movie & TV Awards, a popular vote and popcorn trophy celebration of the best entertainment of the year, will take place Sunday.

The Elizabeth Olsen-led Disney+ series “Wandavision” leads with five nominations. Other top nominees are “Emily in Paris” and “The Boys,” with four nominations each, and “Bridgerton” with three nods.

On Monday, MTV will debut its inaugural UNSCRIPTED portion of the award ceremony, to celebrate reality TV shows and moments.

Sacha Baron Cohen will be honored with the “Comedic Genius Award” and Scarlett Johansson will receive the “Generation Award.”

Extreme Championship Wrestling (ECW) pro wrestler Jerome “New Jack” Young has died at 58, his wife, Jennifer Young, confirmed on Facebook. The wrestler joined ECW in the mid-90s and was featured in the 1999 documentary “Beyond the Mat,” according to the entertainment data website IMDB. The wrestling website PWInsider.com, who spoke to the wrestler’s wife,…… END_OF_DOCUMENT_TOKEN_TO_BE_REPLACED

According to “The Resident” showrunner and executive producer Andrew Chapman, there was a time when the medical drama took some heat from those in the field. “We were really the first show to show problems in medicine and to really attack them and we took a lot of flack from doctors all across the country…… END_OF_DOCUMENT_TOKEN_TO_BE_REPLACED

Robert De Niro injured his leg on location, but the show will go on. A rep for the legendary actor provided a statement to CNN about the incident on Friday. “While at his on-location home in Oklahoma for the filming of Martin Scorsese’s “Killers of the Flower Moon,” Robert De Niro injured his quadriceps muscle…… END_OF_DOCUMENT_TOKEN_TO_BE_REPLACED

R & B singer Tank is speaking out about losing his hearing, in an effort to help others who may face similar problems. The 45-year-old crooner and actor best known for tunes like “Maybe I Deserve” and “When We” took to his verified Instagram account to post a video about what he’s been going through,…… END_OF_DOCUMENT_TOKEN_TO_BE_REPLACED

“Pride” offers an off-the-beaten-track history of LGBTQ experiences and activism in the US from the 1950s to the present, with different filmmakers undertaking each decade/episode. Even diced up that way it’s a lot to cover, most effective when it comes to highlighting key individuals and moments than connecting those dots. Indeed, the format of this…… END_OF_DOCUMENT_TOKEN_TO_BE_REPLACED

Following his dramatic TV turn in “Fargo,” Chris Rock expands his portfolio again with “Spiral: From the Book of Saw,” an extension on the eight-movie-old “Saw” franchise. But this attempt to stitch together the horror staple and a “Seven”-like detective thriller flatly misfires, yielding a not-sequel that finally feels like putting lipstick on a pig…… END_OF_DOCUMENT_TOKEN_TO_BE_REPLACED

“The Woman in the Window” dispenses with an on-screen nod to Alfred Hitchcock’s “Rear Window” early, explained by its protagonist’s love of old movies. Yet sitting through this baffling, long-on-the-shelf thriller starring Amy Adams, the clips mostly serve as a subtle cue you’d be better off watching those films instead of this poor reason to…… END_OF_DOCUMENT_TOKEN_TO_BE_REPLACED

“Halston” follows the familiar rise-and-fall structure of cinematic biographies — think “Citizen Kane,” only with more sex, better clothes and disco. Yet what really defines this style-over-substance miniseries, other than Ewan McGregor’s no-holds-barred performance, are its insights regarding the tension between art and commerce. Spanning three decades in the designer’s tempestuous life, “Halston” has to…… END_OF_DOCUMENT_TOKEN_TO_BE_REPLACED

Broadway stars will be popping up around New York City this summer. Stars from Broadway shows have teamed up with iconic New York eatery Tavern on the Green for “Broadway at Tavern,” a special series of live concerts under the stars at the restaurant. The exclusive TodayTix Originals concert series kicks off on May 25…… END_OF_DOCUMENT_TOKEN_TO_BE_REPLACED