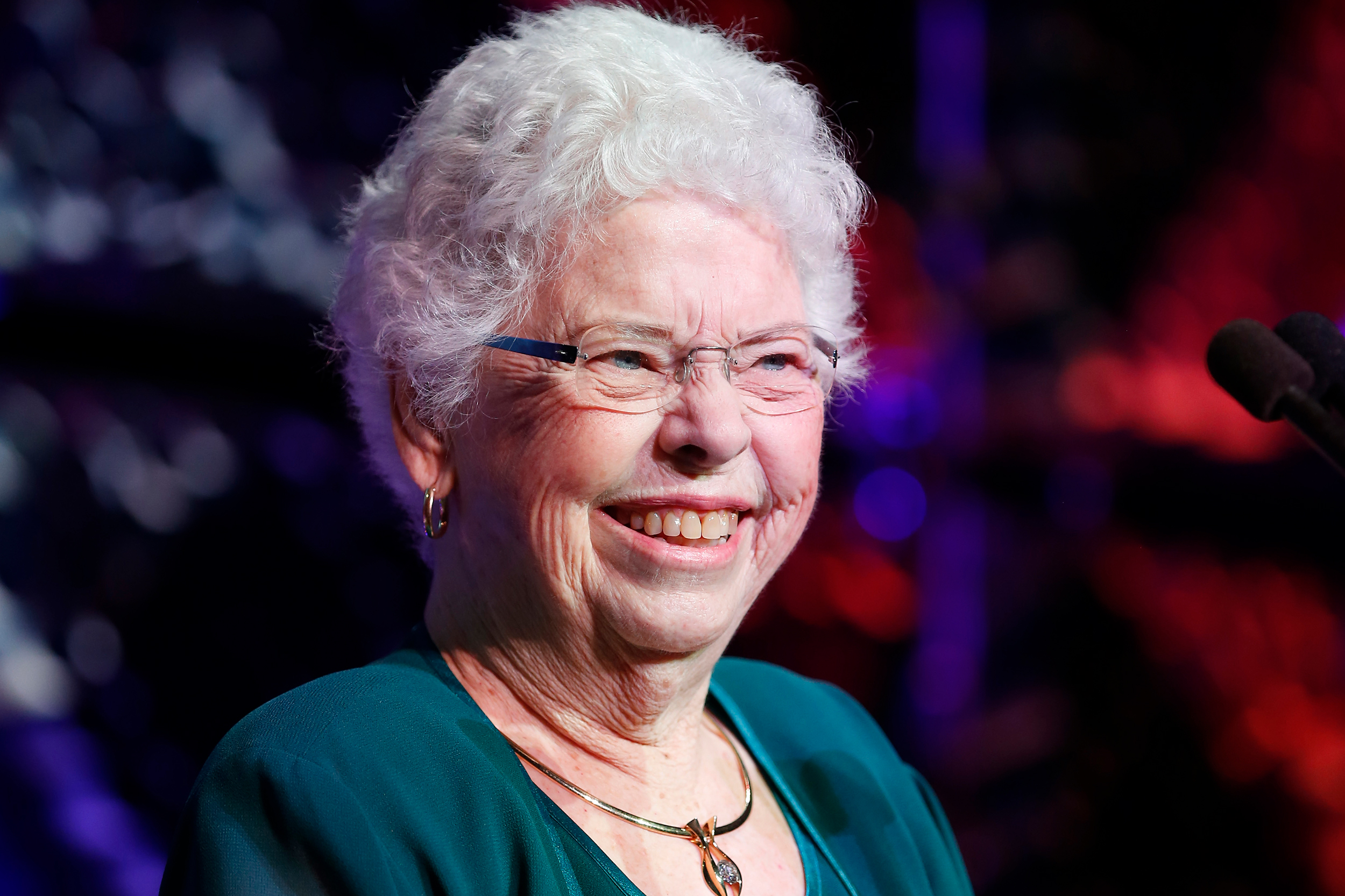 Joanne Rogers, the widow of Fred Rogers, star of “Mister Rogers’ Neighborhood,” has died. She was 92.

The news was confirmed Thursday by Fred Rogers Productions in a statement posted in the company’s official Instagram account. No cause of death was given in the statement.

“Joanne was a brilliant and accomplished musician, a wonderful advocate for the arts, and a dear friend to everyone in our organization. We extend our heartfelt condolences to Joanne’s family and the thousands of people who had the privilege of knowing and loving her,” the statement says.

Former NFL player Emmanuel Acho will be hosting “The Bachelor: After the Final Rose,” replacing host Chris Harrison who stepped aside following a controversial interview.

Acho, the host of the YouTube series “Uncomfortable Conversations with a Black Man,” announced on Saturday he would host the one-hour special for the 25th season.

“I’ve accepted the Rose & am honored to be hosting the @bachelorabc After the Final Rose this year,” Acho tweeted. “It’s been a pivotal season & this episode will be one of the most storied shows in its history. Empathy is needed and change is coming. See y’all then!”

Harrison announced on February 13 he was “stepping aside” from the show “for a period of time” after defending a frontrunner on the current season who came under scrutiny for social media photos from her past.

Harrison apologized after speaking out on behalf of Rachael Kirkconnell, a contestant who was reportedly photographed at an antebellum plantation-themed fraternity formal in 2018.

It is unclear how long Harrison will be stepping aside.

This is the 25th season of ABC’s enormously popular reality dating franchise and the first in which ABC cast a Black man, Matt James, as the show’s star.

During the episode, Acho “will sit down with Bachelor Matt James to discuss his season, his final decision and where he is now, as well as cover the current events about the franchise,” ABC said in a press release.

The special episode will air on Monday, March 15, immediately after the season finale of “The Bachelor.”

In the 30 years Melissa Trueblood has worked in production, she’s seen it all — even if she claims she doesn’t have the coolest stories. But 2021 has dealt her one of her tallest orders yet: to help the Golden Globes put on, essentially, three shows in one night. Due to the coronavirus pandemic, the…… END_OF_DOCUMENT_TOKEN_TO_BE_REPLACED

The two French bulldogs violently stolen from Lady Gaga’s dog walker have been returned safely, the Los Angeles Police Department said Friday. The dogs, named Koji and Gustav, were taken after two assailants attacked and shot the dog walker in the Hollywood area of Los Angeles. The dog walker is listed in critical condition. He…… END_OF_DOCUMENT_TOKEN_TO_BE_REPLACED

Remember when reading the book before the movie was a thing? Well, it’s practically impossible to keep up now. With the combination of celebrity books clubs (Oprah Winfrey, Reese Witherspoon, Jenna Bush Hager and others each have one) and a seemingly endess number of streaming services looking for content, more books hitting the shelves these…… END_OF_DOCUMENT_TOKEN_TO_BE_REPLACED

Monica Yi stares at a rickety trailer in the middle of an empty field in rural Arkansas. “What is this place?” the stunned wife asks her husband. Jacob Yi replies without hesitation: “Our home.” It’s the opening scene of “Minari.” These words, like many lines in the movie, are spoken in Korean. Jacob and Monica…… END_OF_DOCUMENT_TOKEN_TO_BE_REPLACED

Lady Gaga‘s father, Joe Germanotta is speaking out following the horrifying attack on Wednesday that left his daughter’s dog walker shot and her two French bulldogs stolen. “We are hoping for an act of kindness so we can get the dogs back,” Germanotta told CNN in a phone call Friday morning. “We are upset about…… END_OF_DOCUMENT_TOKEN_TO_BE_REPLACED

Almost 50 years after “Lady Sings the Blues,” “The United States vs. Billie Holiday” revisits the singer’s career, through the lens of the feds hounding her. The result is a disjointed, oddly structured movie, which derives its high notes from Andra Day’s showstopping performance in the title role. Despite that earlier biography and a recent…… END_OF_DOCUMENT_TOKEN_TO_BE_REPLACED

“The Father” will affect people in different ways, and the movie remains a somewhat claustrophobic adaptation of the stage play. Yet there have been few better attempts on screen to capture dementia — both for those trapped within it, and those grappling with how to handle them — punctuated by a staggering performance from Anthony…… END_OF_DOCUMENT_TOKEN_TO_BE_REPLACED

It’s either a bad time or (cynically) a good one to release a relatively small movie starring Armie Hammer, whose personal life has been very much in the headlines. Setting those marketing considerations aside, the film is “Crisis,” a weak attempt to chronicle the opioid epidemic “Traffic” style, through a trio of stories that wind…… END_OF_DOCUMENT_TOKEN_TO_BE_REPLACED

Elisabeth Moss’s June is on the run in the new teaser for Season 4 of “The Handmaid’s Tale.” There’s eery silence on the road as she tries to get to Canada after escaping Gilead. Ann Dowd’s Aunt Lydia knows it’s no ordinary escape, though. “She’s out there planning who knows what kind of atrocities to…… END_OF_DOCUMENT_TOKEN_TO_BE_REPLACED