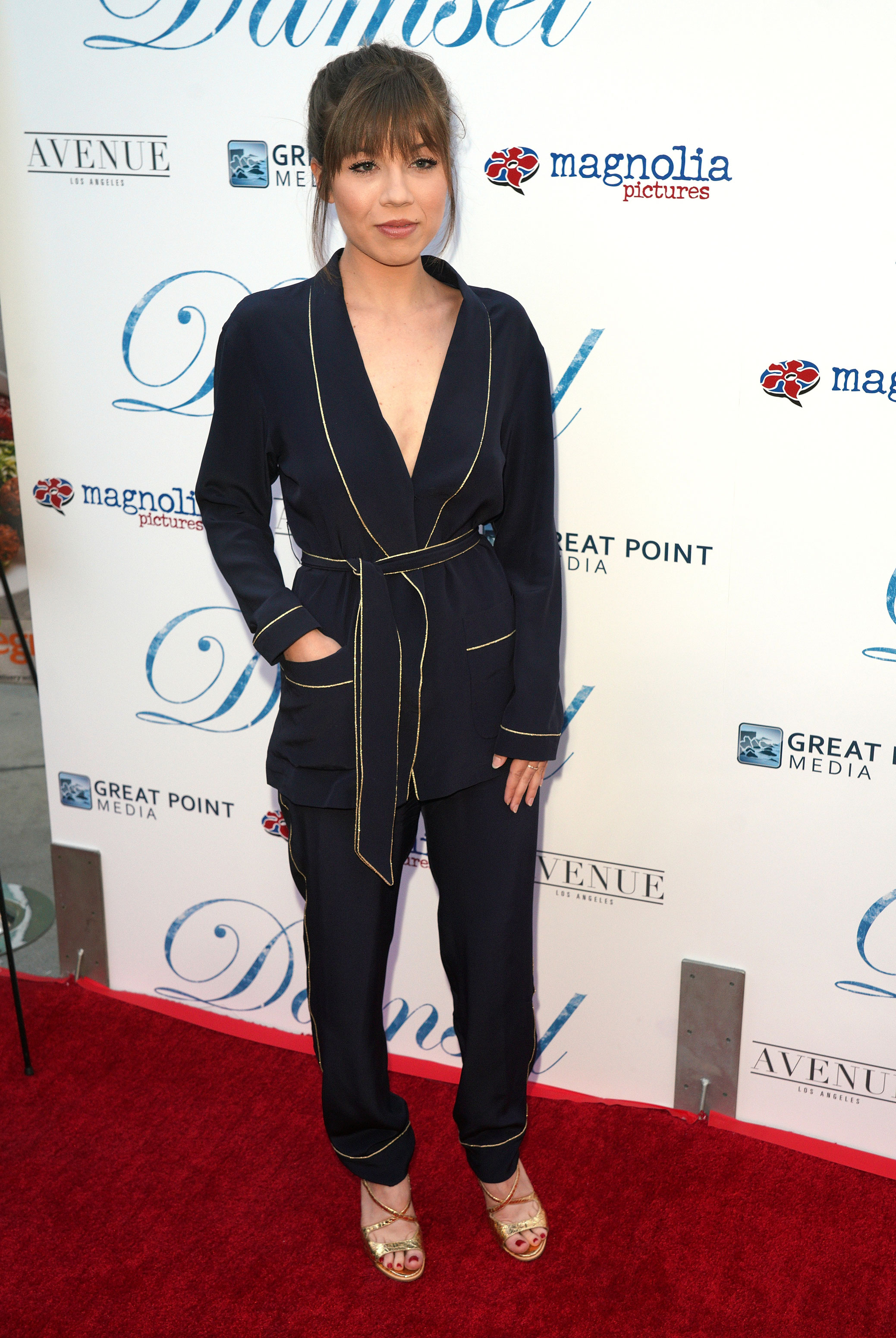 Don’t look for Jennette McCurdy to appear in the planned reboot of “iCarly.”

McCurdy, who played Sam Puckett for six seasons on the Nickelodeon show that ended in 2012, talked about ditching acting on the podcast she now hosts, “Empty Inside.”

During a recent episode with “Mom” star Anna Faris, the pair talked about the “fish out of water” concept where Faris shared how she first broke into the business after she started acting as a child.

McCurdy could relate, saying, “My mom put me in it when I was 6, and by sort of age, I guess, 10 or 11 I was the main financial support for my family.”

“It was very much the pressure of my family didn’t have a lot of money, and this was the way out,” she said, “which I actually think was helpful in driving me to some degree of success.”

McCurdy said she never really wanted to be in the business and quit acting a few years ago to try writing and directing.

Acting was difficult for her initially, she said, because of the anxiety she had — especially with auditioning.

While she ultimately went on to co-star with Ariana Grande on Nickelodeon’s “iCarly”/”Victorious” spin-off “Sam & Cat,” McCurdy said acting caused her to have to put her “own emotions on the back burner” to focus on the character’s.

“I ultimately quit after my mom passed away, because with her death kind of died a lot of her ideas for my life, and that was its own journey and a difficult one for sure,” McCurdy said.

The whole experience led her to say: “I resent my career in a lot of ways,” and left her feeling “so unfulfilled by the roles that I played and felt like it was the most just cheesy, embarrassing” thing.

Faris asked her if she would be tempted at all to return to acting.

McCurdy said she wrote a one-women show and ended up acting in it despite being anxious.

“I think that one-woman show would be the most of it,” McCurdy said.

Macaulay Culkin and Brenda Song have welcomed a new baby, a rep for Culkin confirmed to CNN. The couple welcomed a son named Dakota Song Culkin, after the actor’s late sister, Dakota, who died in 2008 at age 29. The baby was born on April 5 in Los Angeles. “We’re overjoyed,” Culkin and Song said…… END_OF_DOCUMENT_TOKEN_TO_BE_REPLACED

It looks like “MacGyver” will not be returning for a sixth season — and some viewers are not happy about that. A petition has been launched in an attempt to get the series (which is either a reboot or a spinoff of the 1980s original based on who you ask) renewed by CBS. “MacGyver is…… END_OF_DOCUMENT_TOKEN_TO_BE_REPLACED

“American Idol” judge Luke Bryan is sitting out the first live show after testing positive for Covid-19, the singer announced on Monday. “I’m sad to say I won’t be a part of tonight’s first live @AmericanIdol show,” Bryan wrote on social media. “I tested positive for COVID but I’m doing well and look forward to…… END_OF_DOCUMENT_TOKEN_TO_BE_REPLACED

Georgia has lost a major production because of its newly restrictive voting legislation. It was announced Monday that director/producer Antoine Fuqua and his Fuqua Films and actor/producer Will Smith and his media company Westbrook Inc. have opted to move production of their forthcoming film “Emancipation” from the state. “At this moment in time, the Nation…… END_OF_DOCUMENT_TOKEN_TO_BE_REPLACED

It’s happening! Bad Bunny has announced he’s heading out on a North American tour, calling it El Último Tour del Mundo 2022. It’s the same name as his 2020 album. Tickets go on sale Friday and the tour dates run from February through April of next year. The Grammy Award winner announced the tour on…… END_OF_DOCUMENT_TOKEN_TO_BE_REPLACED

No spoilers here, but people were sad about Sunday’s “Shameless” series finale. And it wasn’t just because of what happened on the final episode of the hit Showtime series about a dysfunctional family headed by single dad Frank Gallagher (played by William H. Macy) or that the show was wrapping up after 11 seasons. What…… END_OF_DOCUMENT_TOKEN_TO_BE_REPLACED

“WTF with Marc Maron” will receive the first-ever Governors Award at the inaugural Awards for Excellence in Audio (The Ambies) on May 16. The Podcast Academy said that its Board of Governors will give Maron the award, which “recognizes a podcast or individual for the compelling impact they’ve had on the industry.” Maron and his…… END_OF_DOCUMENT_TOKEN_TO_BE_REPLACED

Hugh Jackman and his wife Deborra-Lee Furness are celebrating 25 years of marriage. Jackman took to Instagram on Sunday to post a tribute to Furness, writing, “Being married to you Deb is as natural as breathing.” He continued: “From nearly the moment we met … I knew our destiny was to be together. In our…… END_OF_DOCUMENT_TOKEN_TO_BE_REPLACED

If there’s one thing Chet Hanks has mastered, it’s the art of causing a stir. Weeks after courting controversy with his new “White Boy Summer” clothing brand, the son of Hollywood actor Tom Hanks has teased the first look at his accompanying raunchy new music video. On Sunday, the 30-year-old treated his 483,000 Instagram followers…… END_OF_DOCUMENT_TOKEN_TO_BE_REPLACED