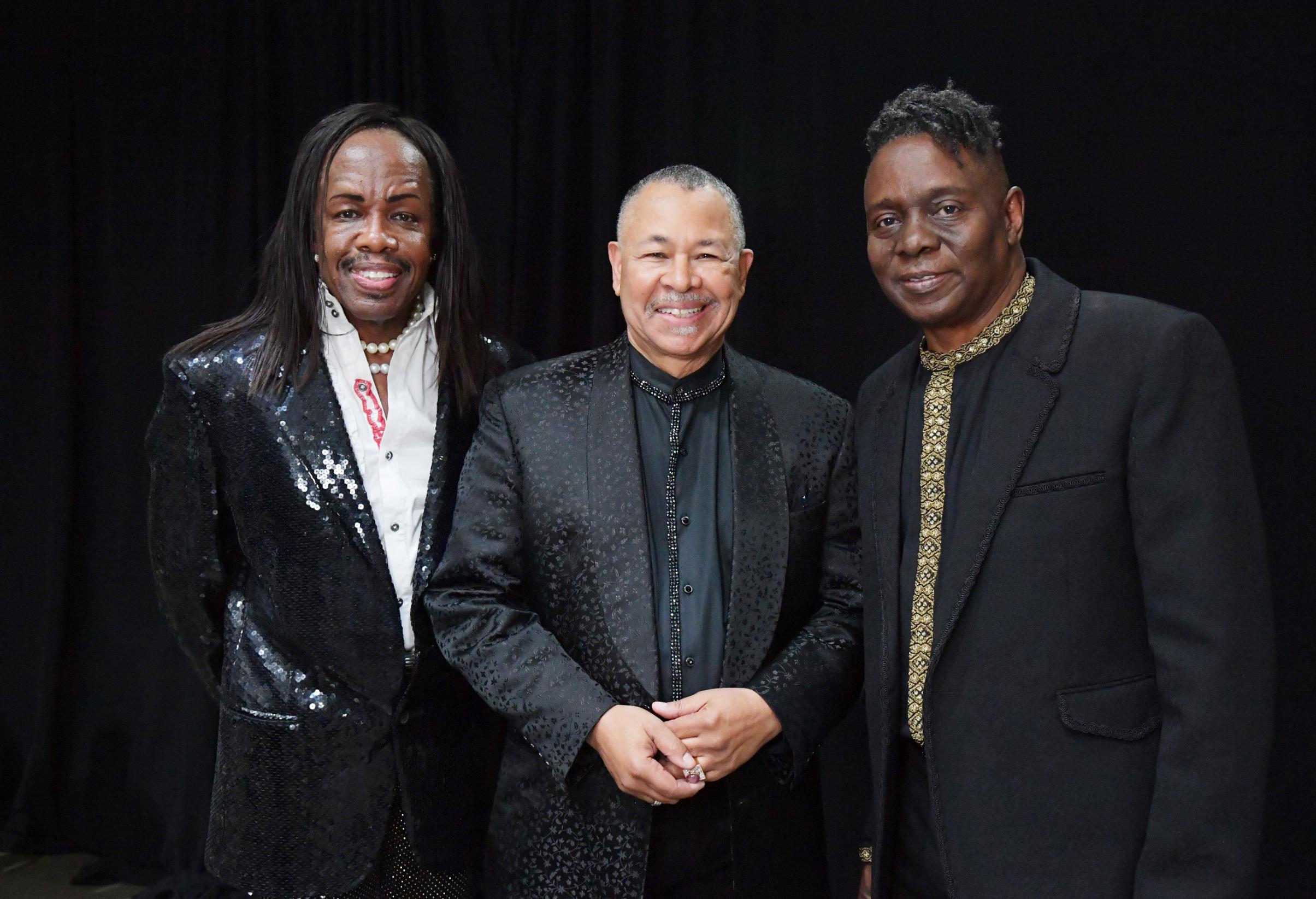 Folks are to be forgiven if they are exhausted today after the Easter Sunday Verzuz.

That’s because the match up between two legendary groups Earth Wind & Fire and the Isley Brothers lasted almost four hours.

But boy was it worth it.

With decades worth of hits, they kept viewers jamming with their old skool hits.

It was a “Boogie Wonderland” put together especially “For The Love Of You.”

Actor and comedian Steve Harvey hosted it and jumped right in explaining why that was so.

“I belong here,” Harvey said. “This music made me. It shaped me.”

Actually, Harvey had plenty to say during the Verzuz, sometimes to the consternation of viewers who wanted to hear more music.

Social media lit up with memes and people’s opinions as to who won “the battle” which was really more of a celebration of the two iconic groups.

The Verzuz livestream created by producers Swizz Beatz and Timbaland became enormously popular on Instagram during the pandemic as it brought musical artists together to “face off” with their catalogs.

In March the pair announced they had sold the Verzuz platform to the Triller Network.

Macaulay Culkin and Brenda Song have welcomed a new baby, a rep for Culkin confirmed to CNN. The couple welcomed a son named Dakota Song Culkin, after the actor’s late sister, Dakota, who died in 2008 at age 29. The baby was born on April 5 in Los Angeles. “We’re overjoyed,” Culkin and Song said…… END_OF_DOCUMENT_TOKEN_TO_BE_REPLACED

It looks like “MacGyver” will not be returning for a sixth season — and some viewers are not happy about that. A petition has been launched in an attempt to get the series (which is either a reboot or a spinoff of the 1980s original based on who you ask) renewed by CBS. “MacGyver is…… END_OF_DOCUMENT_TOKEN_TO_BE_REPLACED

“American Idol” judge Luke Bryan is sitting out the first live show after testing positive for Covid-19, the singer announced on Monday. “I’m sad to say I won’t be a part of tonight’s first live @AmericanIdol show,” Bryan wrote on social media. “I tested positive for COVID but I’m doing well and look forward to…… END_OF_DOCUMENT_TOKEN_TO_BE_REPLACED

Georgia has lost a major production because of its newly restrictive voting legislation. It was announced Monday that director/producer Antoine Fuqua and his Fuqua Films and actor/producer Will Smith and his media company Westbrook Inc. have opted to move production of their forthcoming film “Emancipation” from the state. “At this moment in time, the Nation…… END_OF_DOCUMENT_TOKEN_TO_BE_REPLACED

It’s happening! Bad Bunny has announced he’s heading out on a North American tour, calling it El Último Tour del Mundo 2022. It’s the same name as his 2020 album. Tickets go on sale Friday and the tour dates run from February through April of next year. The Grammy Award winner announced the tour on…… END_OF_DOCUMENT_TOKEN_TO_BE_REPLACED

No spoilers here, but people were sad about Sunday’s “Shameless” series finale. And it wasn’t just because of what happened on the final episode of the hit Showtime series about a dysfunctional family headed by single dad Frank Gallagher (played by William H. Macy) or that the show was wrapping up after 11 seasons. What…… END_OF_DOCUMENT_TOKEN_TO_BE_REPLACED

“WTF with Marc Maron” will receive the first-ever Governors Award at the inaugural Awards for Excellence in Audio (The Ambies) on May 16. The Podcast Academy said that its Board of Governors will give Maron the award, which “recognizes a podcast or individual for the compelling impact they’ve had on the industry.” Maron and his…… END_OF_DOCUMENT_TOKEN_TO_BE_REPLACED

Hugh Jackman and his wife Deborra-Lee Furness are celebrating 25 years of marriage. Jackman took to Instagram on Sunday to post a tribute to Furness, writing, “Being married to you Deb is as natural as breathing.” He continued: “From nearly the moment we met … I knew our destiny was to be together. In our…… END_OF_DOCUMENT_TOKEN_TO_BE_REPLACED

If there’s one thing Chet Hanks has mastered, it’s the art of causing a stir. Weeks after courting controversy with his new “White Boy Summer” clothing brand, the son of Hollywood actor Tom Hanks has teased the first look at his accompanying raunchy new music video. On Sunday, the 30-year-old treated his 483,000 Instagram followers…… END_OF_DOCUMENT_TOKEN_TO_BE_REPLACED