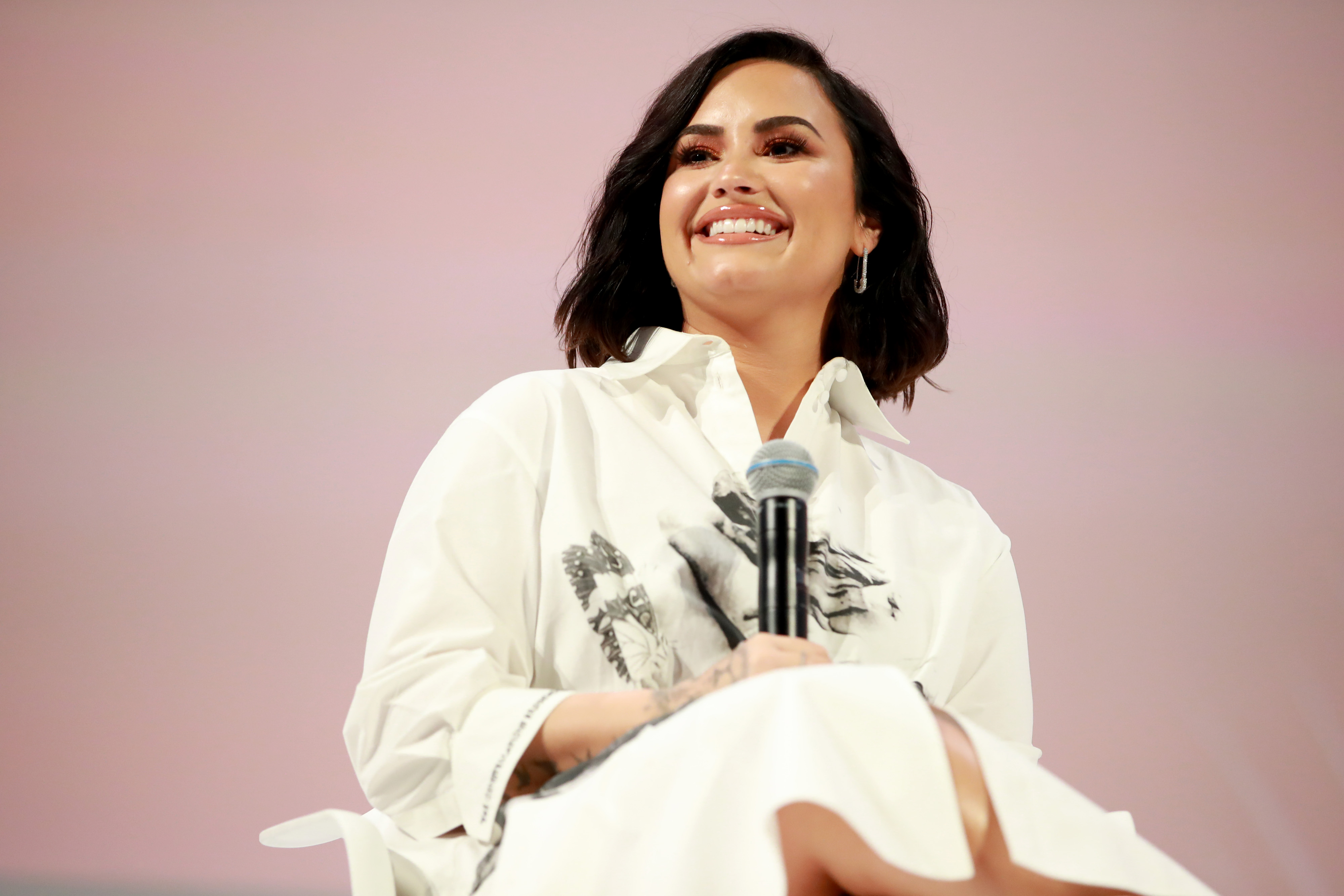 Demi Lovato is under no obligation to share the deeply personal story of her struggle with mental health and addiction with the public, but the singer is choosing to do it on her own terms in a new four-part YouTube documentary, the trailer for which was released on Wednesday.

The trailer for “Demi Lovato: Dancing With the Devil” previews Lovato’s journey prior to and following her near fatal overdose in 2018 and reveals the singer suffered multiple strokes and a heart attack.

“My doctors said that I had five to ten more minutes,” she says in the documentary, speaking about the incident.

In a call with press on Wednesday as part of the Television Critics Association press tour, Lovato said she still deals with the aftermath of her medical emergency.

“I was left with brain damage, and I still deal with the effects of that today. I don’t drive a car because there are blind spots in my vision. I also for a long time had a really hard time reading,” she said. “I feel like they kind of are still there to remind me of what could happen if I ever get into a dark place again.”

She added: “I’m grateful for those reminders, but also I’m so grateful that I was someone who didn’t have to do a lot of rehabbing. The rehabbing came on the emotional side and the therapeutic side, internally. I did a lot of work after that — just not physically.”

According to YouTube, the documentary is “an intimate portrait of addiction” and “the process of healing and empowerment.”

“Demi Lovato: Dancing with the Devil” premieres March 23 on YouTube.

It’s the remake of all remakes.

Chaka Khan and Idina Menzel, two of music’s most powerful voices, have teamed up for a new version of Khan’s iconic 1978 single, “I’m Every Woman,” to celebrate International Women’s Day.

“I am truly honored to be here to partner with CARE for International Women’s Day. This organization has been around since World War II. CARE is the creator of the ‘care package’ for god’s sake! To be able to be here with my hero, Chaka Khan, is one of the greatest days for me. I would have been here no matter what, but to be here alongside Chaka, singing one of the greatest songs ever, is a true milestone for me.”

Khan echoed Menzel’s sentiments with her own statement to CNN, “Women, we don’t get enough accolades or enough of this kind of attention. Women should be revered in the highest of ways. Women are the crazy glue holding the stuff together, in the family unit, on this planet, everywhere.”

The #IMEVERYWOMAN will feature a weekly conversation series streaming on Wednesdays this month.

In an interview filled with one bombshell after another, Meghan Markle and Prince Harry revealed their fears and struggles with racism in the royal family. But one unlikely hero emerged in the saga: Tyler Perry. Perry has built an entertainment empire as a writer, actor, producer and director. But one of his biggest legacies involves…… END_OF_DOCUMENT_TOKEN_TO_BE_REPLACED

Kathryn Hahn says she’s thrilled she got to play “WandaVision” villain Agatha Harkness, but says she never saw the role coming. “I never would’ve thunk in a million years that this part was in my cards. And there’s so much more to mine there,” Hahn told The New York Times of the character, who even…… END_OF_DOCUMENT_TOKEN_TO_BE_REPLACED

Katharine McPhee Foster is enjoying being a first time mother. That was the message she shared over the weekend on her Instagram stories. The singer/actress posted a photo of her with her newborn son in a baby carrier with the caption “Just in case you were wondering… I love being a mommy!” The former “American…… END_OF_DOCUMENT_TOKEN_TO_BE_REPLACED

Nobel laureate and activist Malala Yousafzai is teaming up with Apple TV+ to bring empowering content to the streaming platform. Yousafzai spoke to CNN about the partnership between the streaming service and her production company, Extracurricular, in a recent interview, saying that her multi-year deal will include everything from creating documentaries, comedies to children’s programming.…… END_OF_DOCUMENT_TOKEN_TO_BE_REPLACED

Despite selling millions of records and winning countless awards, Bruno Mars is not too proud to beg. The singer is petitioning for his band, Silk Sonic, to become a last-minute addition to this year’s Grammys line-up. The “24K Magic” singer announced earlier this month that he and Anderson .Paak have teamed up on a project…… END_OF_DOCUMENT_TOKEN_TO_BE_REPLACED

The 26th annual Critics Choice Awards, which honor some of the best film and television of the year, were presented Sunday. See below for a full list of nominees with the winners indicated in bold. FILM Best Picture “Da 5 Bloods” “Ma Rainey’s Black Bottom” “Mank” “Minari” “News of the World” “Nomadland” — WINNER “One…… END_OF_DOCUMENT_TOKEN_TO_BE_REPLACED

It’s official — Taylor Swift, BTS and Billie Eilish are among those who will be performing at the 2021 Grammys. The Recording Academy said Sunday that the artists will be “coming together, while still safely apart” for the awards show March 14. The ceremony, which celebrates the best in music, was postponed from January 31…… END_OF_DOCUMENT_TOKEN_TO_BE_REPLACED

Bruno Mars has responded to accusations that he appropriates Black culture in his musical work. In an interview with The Breakfast Club on Friday, the Grammy award-winning artist said, “You can’t find an interview where I haven’t talked about the entertainers who have come before me. The only reason I’m here is because of James…… END_OF_DOCUMENT_TOKEN_TO_BE_REPLACED